October 13, 2015 – Calgary, Alberta: Antioquia Gold Inc. (“Antioquia” or the “Company”) (TSXV: “AGD”) is pleased to announce that construction will begin on October 14, 2015 at its Cisneros Project. On October 6, 2015 the Company entered into an agreement with Consorcio Guaico, a consortium of respected Colombian contractors Mincivil S.A,, Estyma S.A. and Latinco S.A. The agreement calls for Consorcio Guaico to carry out civil works and mining activities in the permitted Guaico sector of the Cisneros Project including a tunnel portal for ore extraction. The work is scheduled for completion on or before February 5, 2016; the value of the contract is approximately CDN $1.5 million.

Antioquia also wishes to announce that it has finalized an agreement with Gramalote Colombia Limited (“Gramalote”) to acquire two key mining concessions totalling 163.94 hectares contiguous with its Guayabito property. The terms of the agreement calls for a cash payment of US $140,000 plus a 1.75% Net Smelter Royalty (NSR) on any minerals produced from the concessions. Gramalote is the operating company of a joint venture between B2Gold and AngloGold.

This strategic acquisition essentially fills in previous gaps between the Company’s Guayabito, Santo Domingo, La Manuela, Pacho Luis and Guaico properties and will allow for optimized mine development at Guayabito. Gramalote has already delivered to Antioquia all technical information from their exploration activities on the concessions. The area acquired is shown in Figures 1 and 2 following. 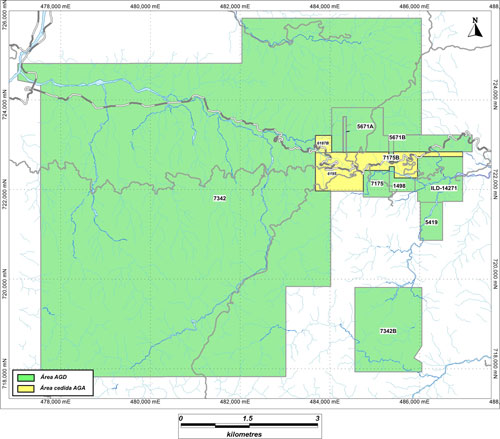 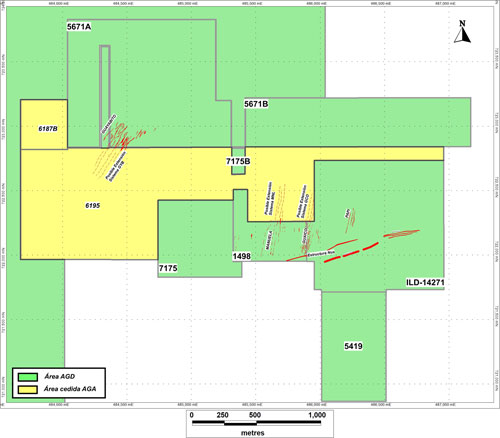 Mr. Jim Decker, P. Eng., Executive Vice President and Director of Antioquia Gold Inc. and a Qualified Person as defined by National Instrument 43-101, has reviewed the contents of this news release.

For further information on Antioquia Gold Inc., visit our website at www.antioquiagoldinc.com